The Simple Joys of Christmas 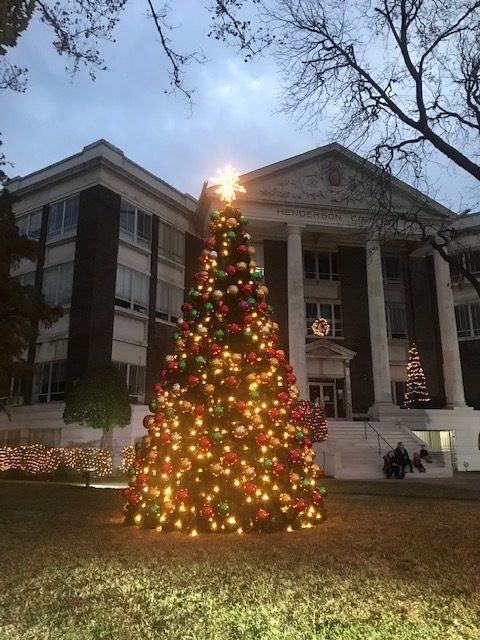 As you may know, I moved from the metro area of Minneapolis to a small town in East Texas a few months ago.

And I researched the town quite a bit, consciously and unconsciously, as we do most things. Now that I have been here for a few months, I’m delighted with my choice. East Texans have a far different way of doing things than I am used to and it’s been a fun change.

For example, when you tell a Texan you just moved in from out of state, they say “WELCOME TO TEXAS!” This happens not just once or twice, but from everyone you meet for the first little while. I don’t believe I’ve ever heard anyone say “WELCOME TO MINNESOTA!”

For example, there was a Christmas parade last weekend. I parked on Tyler Street across from the square, pulled out my folding chair and placed it behind my car, then sat down to enjoy the show. I arrived a bit early to watch the lighting of the Christmas tree.

I contrasted that moment with the few times I went to Minneapolis’s famous Holidazzle Parade: You would have to leave hours early, pay to park, weave your way through the maze of skyways and hope that you found a spot over the street next to the window, as opposed to being outside in 0-degree weather. Granted, the Athens parade isn’t as fancy as the Holidazzle Parade, but the Athens parade has heart and joy.

And it has tractors! Big new tractors and very old tractors. So how could I not enjoy it? Here’s a taste for you, too!

Sending you wishes for a joyful Christmas wherever you are!